ift to 42 million customers of SBI, cheaper loan than today.

ift to 42 million customers of SBI, cheaper loan than today.

If you are a customer of SBI, you have become cheaper to buy home or auto loans since July 10. SBI's offer can benefit more than 40 million customers from the bank.

In fact, the State Bank of India has cut 0.05 per cent of the interest-based interest rate on all its loans. The minimum interest rate on home loans decreased 0.05 percent to 8.40 percent in 1 year after the bank's decision. 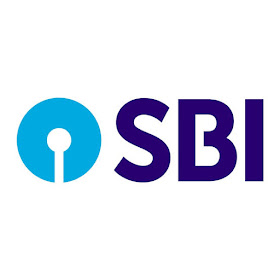 This is the third time around 4 months when SBI has reduced interest rates. Earlier, the bank had reduced the interest rate by 0.10 per cent in April and May.

Let us know that SBI announced to introduce repo rate linked home loan from its customers on July 1. This means that now whenever the RBI changes the repo rate, the interest rate of SBI's home loan will be even more or less.

SBI has taken such a decision at a time when recently RBI Governor Shashiktikant Das told banks to take advantage of the reduction of repo rate to consumers.

In fact, RBI Governor Shatikikant Das said that after reducing the repo rate by 0.75 per cent in one after three times, he is hoping to provide banks the benefit of it soon to the consumers.

After assuming the position of Shankhiktak Das, the RBI has reduced the repo rate for three consecutive terms. But despite the banks' hopes, the interest rate is not allowed to consumers.

However, after the RBI monetary policy review in June, the reduction in the repo rate by 0.25%, Bank of Maharashtra, Corporation Bank, Oriental Bank and IDBI Bank have reduced their own MCLR rate from 0.05 to 0.010%.