Lok Sabha Election 2019 Result Live Updates Results – Elections are just around the corner and the political parties are getting started to plan their strategy. Everyone wants to win 2019 Lok Sabha Election and are all set to make new records. The list of the candidates is still not out. However, the list will be out prior to the elections only and in some cases, parties may declare them sooner than expected. 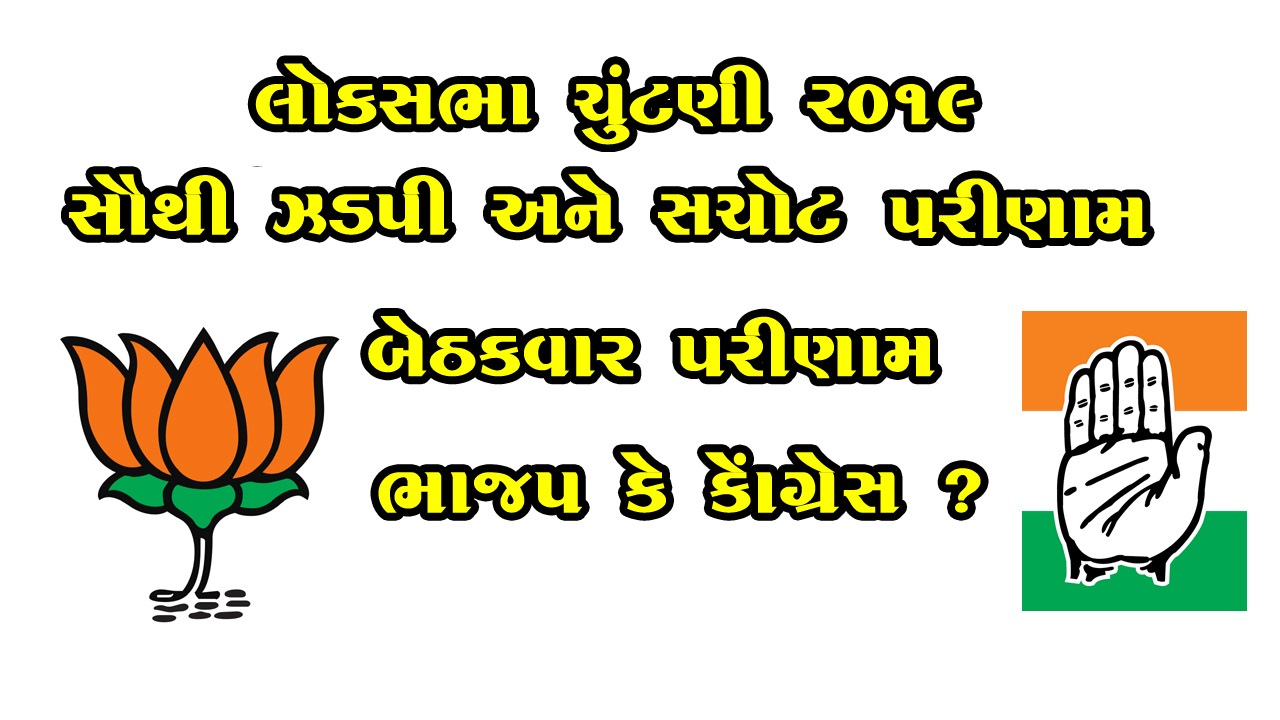 The running government has worked for four years. Nevertheless, The Election commission of India has made no statement to tell the expected date of election but it is expected to conduct in the month of May next year. Though, they will be soon releasing the official details related to the Lok Sabha 2019 Elections such as polling dates, nominations, withdrawal of nominations and counting dates.
You will be able to see the campaign by each parties running even before the release of date. They all had started to plan out their strategies and selecting candidates for their nomination process. Each party is ready to rule out another even before the release of the official details.

In this year's Lok Sabha election 2019, around 90 crore people are eligible to vote this time. The number is an increase of about 9 crore compared to last time. It is estimated that about 13 crore voters this time will be first-time voters. The actual number of people who do vote, however, is far less. Even though 2014 saw the highest turnout ever in independent India's history at 66.4 per cent, it meant a huge 27.3 crore people did not vote.
Holding elections in India, world's seventh largest nation by area and second most populous country is a complex process. The model code of conduct has already been put in place for this year's election where nearly 2,000 parties and over 8,000 candidates will be contesting elections for 543 seats. The model code of conduct is a set of guidelines that candidates, and political parties and governments must follow to keep elections fair.
Two-thirds of Indians are under 35. With 43 crore Indians owning a smartphone, half a billion using the Internet, 30 crore using Facebook, 20 crore sending messages on WhatsApp and 3 crore users on Twitter, political parties and candidates will aggressively use new technology and social media to win the hearts and minds of young voters.
Millions of poll workers, police and security personnel are deployed in cities, towns, villages and hamlets. They use planes, boats, trains, helicopters, elephants and camels and travel by foot to reach far flung voters, because every vote counts. Elections in India are nothing less than a "festival of democracy."
Lok Sabha Election 2019 InformationThere are many political parties who might declare their Prime Minister candidates before due to the publicity. Like last year PM Modi was the face for BJP and he had managed to put a remarkable victory in his pocket. However, with this win, there were many other parties who weren’t even managed to grab a seat in double number. Aam Aadmi Party won in a total of 4 seats who was fighting for Arvind Kejriwal.
Congress was another party that was not able to grab attention. However, by the time Rahul Gandhi is the declared president of the party and Prime Minister candidate. It will be amazing to see whether it will make some difference for Congress or not. Well, only time can tell for whom voters are rooting for.

Other Parties Candidate List: Not available
Keep tuned in to know the latest updates of Lok Sabha elections. As soon as the Election Commission will declare anything. You will be able to see it here. You can even bookmark it to know the latest updates as soon as possible.
Lok Sabha Election 2019 Results – Parliamentary Polls
As for the details of the results, you will be able to get the update of each and every win after the elections are conducted. However, before that, you can simply enjoy the other important information related to Lok Sabha 2019.
There is much other news regarding the 2019 Lok Sabha elections such as:

OPEN BELOW LINKS FOR OTHER LIVE TV :