Jasdan constituency recorded a voter turnout of 73.44% in the 2017 Gujarat Assembly Elections and the polling for this seat was held on December 9, 2017 in Phase 1 of the elections.


INC won this seat in the 2012 Gujarat Assembly Elections. 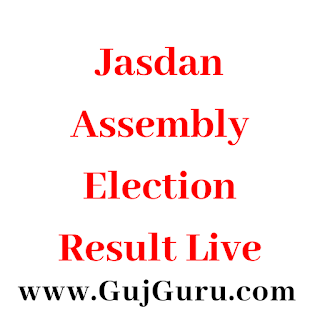 Ahmedabad, Dec 23: The results for the high stakes assembly by-polls in Jasdan in Gujarat will be declared today. The results would put to test the BJP's strategy in the Saurashtra region ahead of the 2019 Lok Sabha polls.

A defeat for the BJP could put it on the back foot as it was in this region that the party suffered a major setback in the 2017 assembly elections. The battle is between Kunvarji Bavaliya quit the Congress to join the BJP. He is up against Avsar Nakiya of the Congress.
Continue to watch this space as we bring you the results of the high stake battle LIVE: