Five states assembly election results will be announced on Dec 11, 2018. The day that will decide which direction will Indian politics will go in the future. As the clock strikes 8 in the morning, the counting of votes for Madhya Pradesh, Rajasthan, Chhattisgarh, Telangana and Mizoram will begin, and the results will start trickling in. If you are residing in these states, then, these results would matter you the most. These results would also make the equations for the 2019 Lok Sabha elections. Keeping these things in mind, Dailyhunt has planned to bring these results close to you. 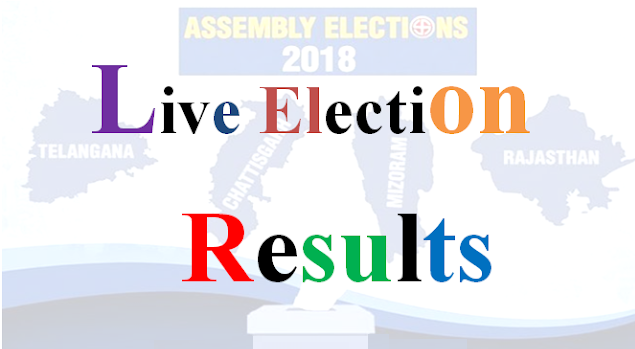 
Four out of five states, except Telangana, are either governed by the BJP or the Congress. Both these national parties have a lot to gain in these Assembly elections. Top leaders from both these parties have tried everything possible to woo voters, though the real impact could only be seen once the results are out.

As per the India Today-Axis My India exit polls, the Congress could get 104-122 seats in Madhya Pradesh, while the BJP is slightly behind, and could get around 102-120 seats. The Congress was wiped out in the state in the last Assembly elections, but this time there could be some good news for the Rahul Gandhi-led party. Here are live updates on the India Today-Axis My India exit polls in the five states.

Which party won how many seats in what state? By what percentage a certain candidate has won from a certain seat? Which candidates were the winners, and who were the losers from which constituency? Naturally, the political bigwigs and the ones who have challenged them will be closely watched too. On a single click, you'd be able to find out who were the important players who lost, or won. If you want to find out the performance of a particular candidate or a party in any of the five state, Dailyhunt app is the right place for you. Just select the state, deep dive into it and you'll have the results of each candidate from that particular seat. You can find out all about which candidate got how many votes, who won or lost by how many votes. Not only this, you will be able to see the particular vote percentage or a particular party on your mobile screen - with the number of votes.

OPEN BELOW LINKS FOR OTHER LIVE TV :